The mobile handset industry is said to be a top 5 industry in the world, accruing US$522 billion in sales revenue and annual sales of over 6 billion mobile devices according to a document by the Pakistan telecommunications Authority. Dr Tony Bediako made it known in his presentation at a joint webinar organised by Afro-Sino Centre of International Relations (ASCIR) and Ghana-India Kofi Annan Centre of Excellence in ICT (AITI-KACE) in Accra. Dr Bediako asserted that Africa can emulate populous countries like India, Indonesia and Pakistan that have capitalised on their numbers to develop their mobile device manufacturing policies. Through these policies, these countries are facilitating the production of mobile devices, creating jobs, serving the local market as well as for exportation.

As the fastest growing continent in the world, and the home to the youngest populations in the world, Africa promises to be a major consumption market over the next three decades. For instance, he pointed to the ITU Mobile Cellular Subscription data published in 2021, which shows that 53 African Countries had a total of 1,151,068,519 mobile subscriptions in 2020. The ITU data for example, had mobile subscriptions in 2020 as follows; 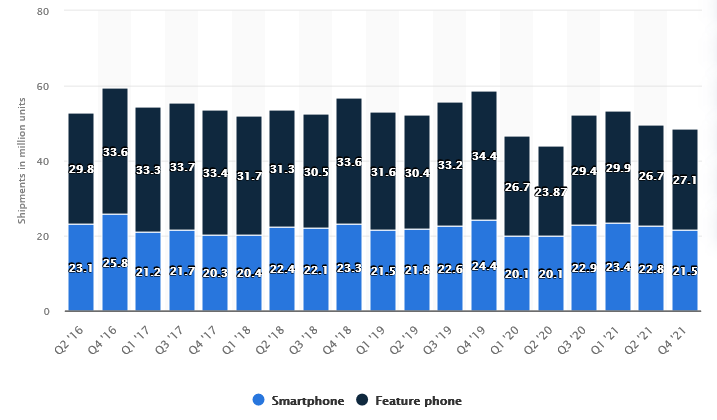 Chinese manufacturer Transsion, further, sells more phones in Africa than any other vendor, with 47.9% of the market share in the fourth quarter of 2021. The African mobile phone market as shown in the data below, is dominated by China and other foreign manufactured phone brands.

Dr. Bediako posited in the end of his presentation that the development of national and continental policies by governments, AfCFTA and the African Union, to encourage the development of an African mobile device manufacturing policy, would facilitate the establishment of mobile phones manufacturing plants, to enhance beneficial cooperation with China and other partners. That, as well as forming alliances in areas such as capacity building, knowledge transfer and research and development.

The Digitisation of the global South: Chinese consumer tech in Africa on the increase 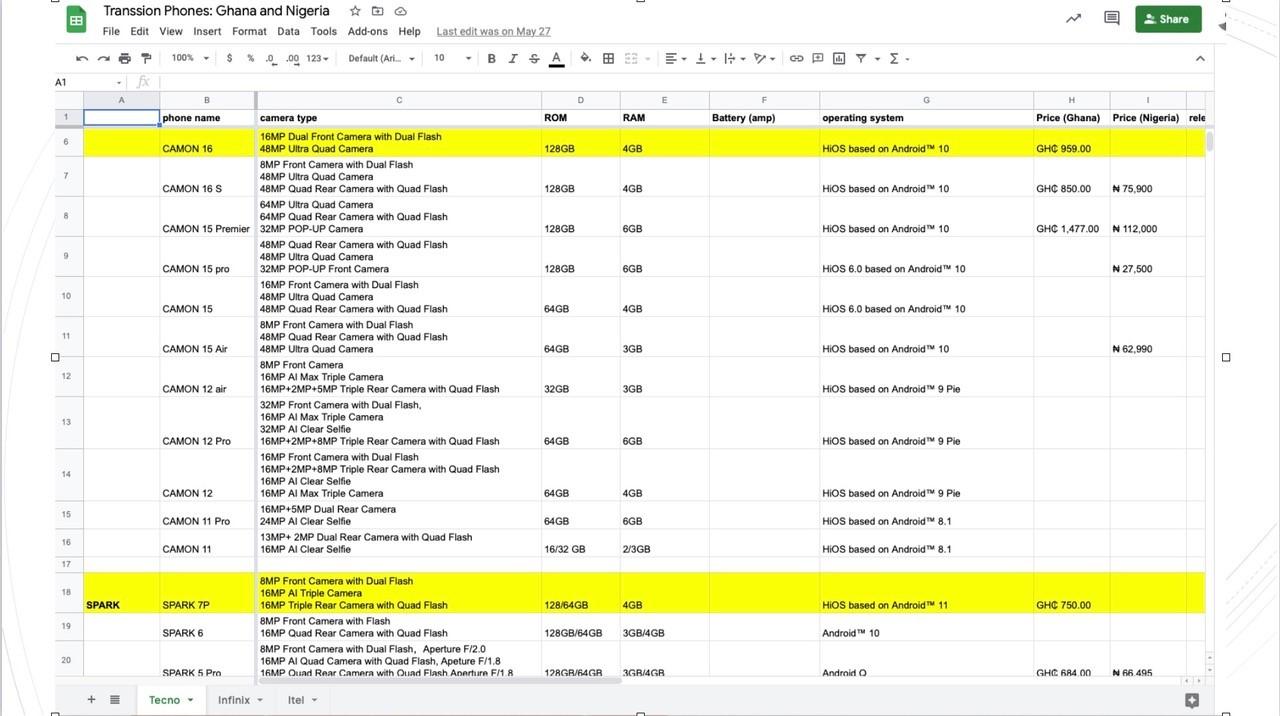 She asserted that Africa has been left out of the production line, and thrusted into a geopolitical battle in technology, between China and the West. Technologies on the continent have Chinese hardware, but are embedded with Western software. African hardware and software designers are neglected and not given the necessary support by institutions, including their governments, due to preference for technologies made outside of the continent.

Delving into the role that Chinese technologies, both hardware and software, play in the digitisation of the global south through the lens of Transsion 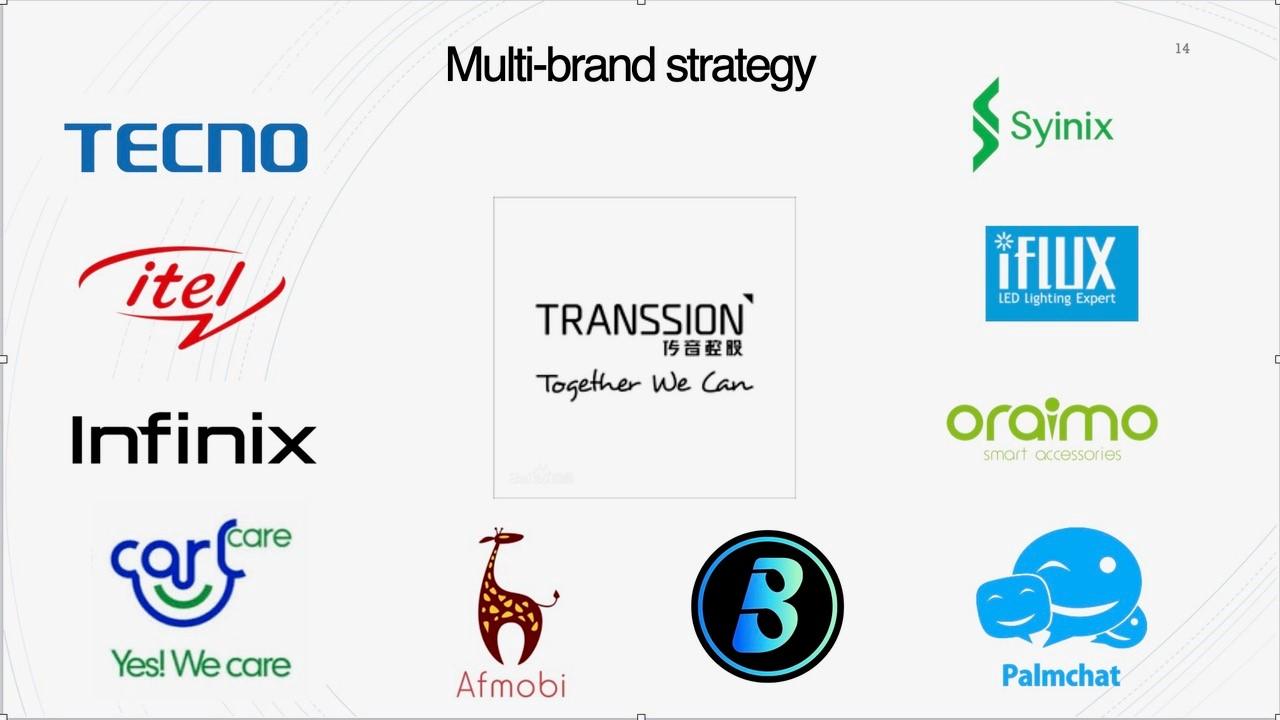 Transsion has captured about 60% of the African market, despite not being considered a globally strong competitor, mainly due to the fact that they conduct their market research on the ground, making sure to develop products and specifications according to the needs and challenges of Africans. For instance, their smartphone cameras better capture darker skin tones and other added features such as facial recognition in ways that western made phones do not. With Chinese hardware and Western software dominant on the African market, questions such as increased surveillance that these technologies bring, where Africans’ data captured on their phones through applications such as facial recognition software, etc. are stored arise. These questions bring to the forefront the paramountcy of protecting African consumers, through the enactment and enforcement of data protection laws.

Chinese consumer products have traditionally had a bad reputation among African consumers because of the negative notion of their products being cheap and of inferior quality, and therefore associated with poor Africans. Dr. Mark Obeng in his presentation, made this assertion, supported by his research, where 91% of his respondents reported being aware of such perception of Chinese products. However, despite this view, there is evidence of financially secured individuals and organisations opting for Chinese products, contrary to the generally held perception that Made-in- China is for the poor, who lack the capacity to afford known western brands. 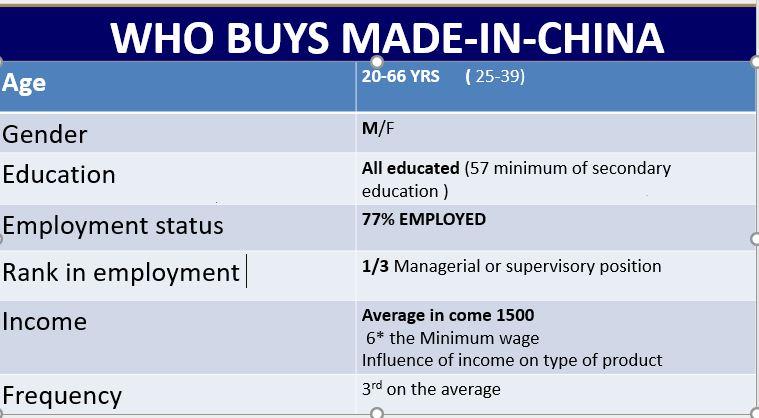 Made in China products he argued, are making waves on the African market for several reasons beyond the price. Dr Obeng explained that Made-in- China products are gaining popularity because they are responsive to the demands of the consumer and keep offering innovation in the area of technology such as Huawei’s introduction of 5G. He further mentioned the usefulness of tech products from China in responding to emerging global demands, as well as the lack of competition on the market also accounting for the surge in the consumption of Chinese technology among African consumers.

There is a higher retention of customers in the purchasing of made in China products, which can also be attributed to the innovative and strategic marketing schemes and policies of Chinese electronics and technology companies. Policies such as the offer of extended product warranty and free after sale services provide nascent consumers the needed security when purchasing these products. Engagement of celebrities as a brand ambassador also make their products more appealing to the consumers. Moreover, people have adopted the foot in the door strategy, where they start off with few purchases, which may then increase or not, based on their experience with the products.

Due to the aforementioned reasons, consumption of Chinese technology is on the ascendency despite the dominant negative perception of these brands.